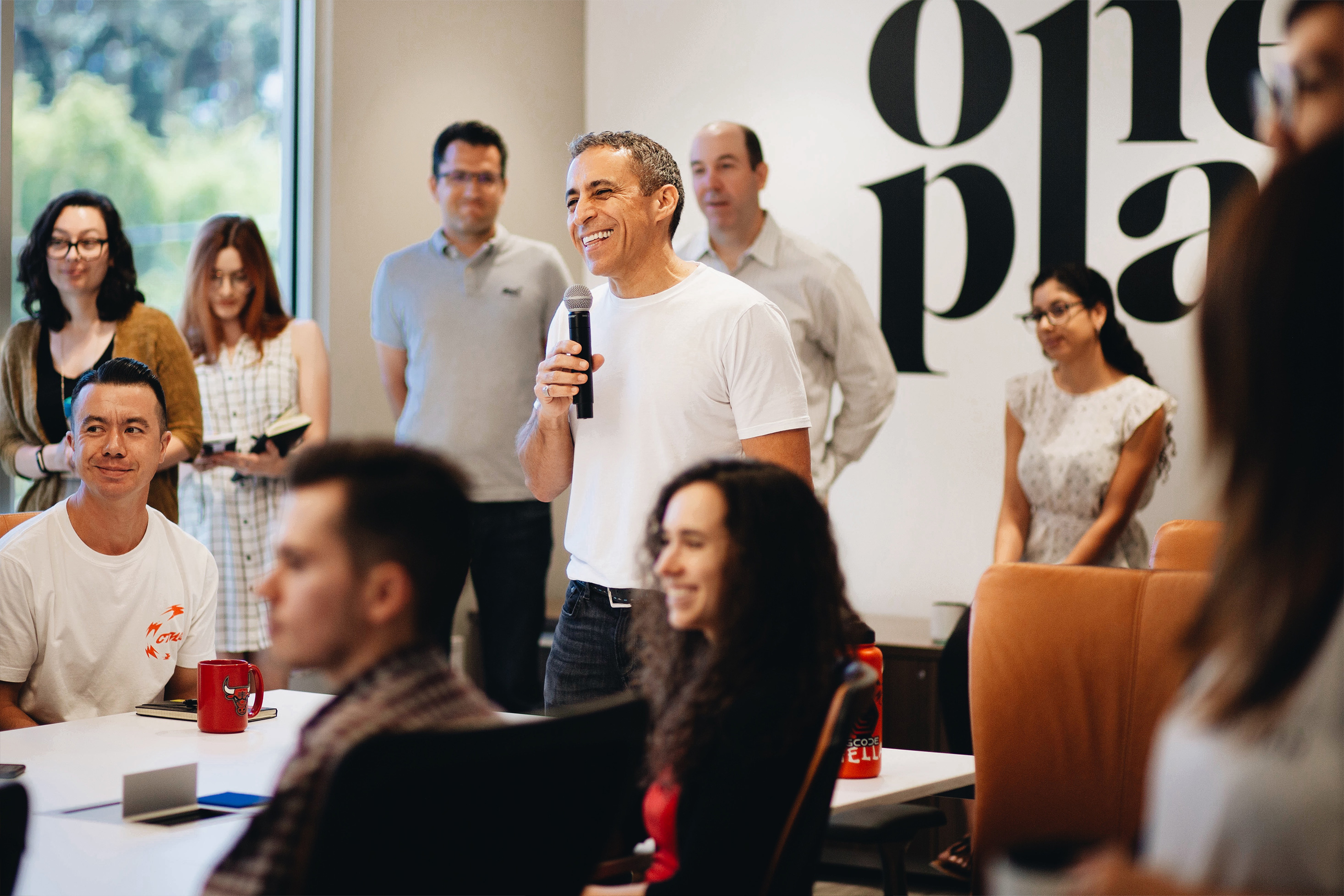 Payam Zamani is the founder, chairman and CEO of Buyerlink and its parent company One Planet Group.

Payam is a U.S. citizen, born in Iran, and a follower of the Baha’i Faith, a peaceful religion focused on bringing about love and unity amongst people of all races and backgrounds. Following the 1979 Islamic Revolution in Iran, Baha’is faced oppressive government policies and gross human rights violations. As a child, Payam was shunned by his teachers and targeted by some of the classmates influenced by the local clerics, ultimately denying him an education.

At the age of 16, he was forced to flee the oppressive government policies, and received asylum from the United States. He and his brother arrived in San Francisco in 1988 with only $75 between them.

After graduating from UC Davis, Payam, along with his brother, founded Autoweb in 1994. The first online car buying service, Autoweb made its stock market debut on March 23, 1999. It became an early catalyst in changing the way people bought and sold vehicles and how the internet was used for this purpose. In 2001, Payam launched Reply.com, a performance-based marketing platform which he relaunched as Buyerlink in 2015.

Founded by Payam in 2015, One Planet Group, is a global hybrid tech firm that owns and operates a portfolio of businesses, incubates new business ideas, and funds early-stage startups. Some of the owned businesses include Buyerlink, Contractors.com, California.com, Quite Remarkable, One Planet VC, One Planet Media, and the nonprofit, BahaiTeachings.org. One Planet Group’s investment portfolio includes companies such as Wrapbook, IronClad, The RealReal, Gro Intelligence, Soulpancake, Seed&Spark, Formic, and The Beans –  to name a few.

Infused with Payam’s deeply held spiritual beliefs, One Planet Group supports strong business ideas while also building an ethos that helps it to be an influence for social good and support causes that can bring about racial healing and further establish a just and equitable foundation for women. As an extension of this commitment, 60% of all investments made by One Planet Group are made in startups founded or run by women and people of color. One Planet Group attempts to cultivate an environment that consciously thinks about how “innovation x intention” authentically translates to every aspect of the company. From culture, policies, and governing values, to the companies’ impact on the surrounding community and on humanity as a whole, One Planet Group operates with the fundamental belief that a company can generate healthy profit margins while maintaining an ongoing sense of mission, meaning, and individual fulfillment. Learn more about One Planet Group here.

As the largest company owned by One Planet Group, Buyerlink operates using the “Innovation x Intention” model, and dedicates its efforts to the entrepreneurial model of “Universal Philanthropy''. Buyerlink not only believes in sacrificial giving to nonprofit causes, but also attempts to influence its extended network, whether customers, partners, or acquired companies, and actively supports social programs for the betterment of the world.

Outside of the business world, and spending time with his family, Payam loves mountain biking, hiking (he climbed Mount Kilimanjaro in 2013),  and as of January 2021, also loves flying.

Nicholas will lead the M&A efforts as One Planet Group continues to grow its Buyerlink ad tech platform both organically and through targeted acquisitions.

Buyerlink, a leading online marketplace for performance-based marketing is pleased to announce the acquisition of RingPartner, a leader in the pay-per-call space.

Stay up to date with Buyerlink

Sign up for our newsletter to receive Buyerlink news, announcements, and insights straight to your inbox.

Thanks for signing up for our newsletter!
Oops! Something went wrong while submitting the form.